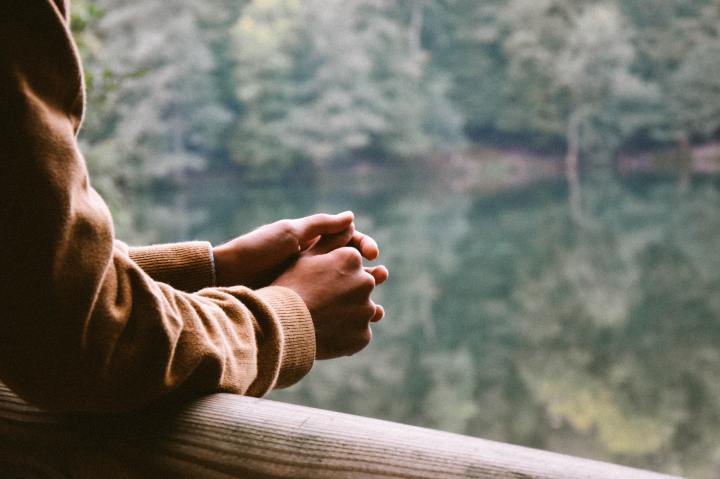 The first week of shelter-in-place, an old friend of mine who lives in Beijing reached out to me and asked if I was interested in a part-time gig teaching English. A friend of hers was looking for an online English instructor for her 7-year-old son, who was out of school for the rest of the year.

At the time, I had no idea how my life in quarantine would be shaped. I was supposed to be working on a grant and a paper as part of my day job as a scientist, but I’d already wasted a few days lying on my porch staring at the clouds. I remembered a theme from one of my favorite books, Gao Xingjian’s Soul Mountain : even when living under a cruel, authoritarian regime, the oppression of loneliness often outweighs the oppression of society. In quarantine, all the excitement I previously had for the PhD I was going to start in August had faded, simply–I don’t know–because I was alone?

My prior experience as a freelance writer taught me that the novelty of a new gig usually comes with a burst of excitement. Plus, as an incoming graduate student facing a salary cut, I could use a side hustle (or two). I sent my friend a short blurb on my teaching experiences and went to sleep.

The next morning, I received a WeChat message from my potential student’s mom. “How much do you charge?” she asked.

Negotiating fair compensation and believing I deserve it is something I struggle with. I knew I tended to sell myself short, so I texted my friends who have tutored before. My friends advised me to charge everything from $30 to $100.

I asked for $25. Immediately after I hit send, I realized it was too low. Between China and the US, there aren’t many convenient avenues to send money. PayPal is one of them, but there’s a hefty service fee. I should’ve asked for $30.

The mom asked for a trial class. I agreed. Despite the strangeness of it all–that I was going to meet this student who lives on the other side of the world through a video conferencing app (Do 7-year-olds even know how to use Zoom? How can you expect to build a teacher-student relationship over a video call?) and I would probably never meet him in real life–I felt nervous for some reason. I thought of those advertisements I’ve seen in the Beijing subway for 1 on 1 English-learning apps, usually featuring a blonde lady wearing a headset and smiling at her phone, followed by the cheery blurb: “Find your own foreign English teacher, from your phone!” I’ve always thought you had to be such a cringy expat to play into all that. Was I really going to jump on this boat? It’s just a Zoom call, I kept telling myself. If all goes wrong, I’ll never see these people again.

But I’ll admit, the uncertainty of it all made it exciting. I didn’t know what was going to happen, the way you don’t know what’s going to happen when you arrive at a new workplace on your first day and you take a deep breath outside the front doors before heading in. I needed that right now.

I made a Zoom meeting room thirty minutes before class and sent the invitation over WeChat. Before I knew it, my student’s dad had joined the call and waved at me cheerily. “Hello, Jessica,” he said, propping the iPad on the desk. “Let me go wake up my son.”

“Oh! Okay,” I responded. It was 9am in Beijing, 6pm California time. I sat there nervously as I heard the dad calling to my new student in Mandarin, urging him to get out of bed. I felt a twinge of guilt that this kid had to get up early because of me.

A few moments later, the boy sat down in front of his iPad, rubbing his eyes sleepily. “Hi, Jessica,” he said.

We stared at each other through the webcam. At this moment, the connection flickered and died. Both our faces were frozen in candid grimaces. I couldn’t help but laugh. This was a meme level plot for my first online teaching gig. Of course, the internet had to choose that moment to freeze up.

I held my breath for ten seconds, before the connection came back. And so we started class. The text we used was National Geographic’s Reading Explorer Foundations, which teaches young children English through National Geographic-esque pieces about the natural wonders of the world or the exquisite architecture of a Renaissance Italy dome. As an incoming PhD student in the biological sciences with an undergraduate degree in literature, I was able to use both my strengths: weaving in tidbits about evolution and plant biology in between lessons on skimming texts and dependent clauses. Ok, I thought. I could do this.

But as all teachers will know, no matter how carefully you put together a lesson plan, something will always blindside you and throw it off track. That’s the beauty of teaching for me–the moments when you have to think on your feet–a skill that grew less and less relevant the more weeks I spent sheltering in place, devoid of both the joy and folly of human interaction.

At the end of class, I asked, “Do you want me to talk to your dad?” I figured we could go over my teaching style, talk about scheduling, goals, etc.

“Do you think I could talk to him for 5 minutes?”

I didn’t hear anything from them for the rest of the evening. It didn’t work out, I guess. That was fine. It wasn’t like this was an experience I needed. After all, I had plenty of opportunities to teach undergraduates.

I woke up the next morning again to find another text from my student’s mom. “Sorry for the delay,” she apologized. “It was a busy day at work. But my son really liked you!” She was on board. We agreed I would teach twice a week for 1.5 hours, for a total of 12 weeks.

“One last thing,” she said. “We found him a friend to join the class, so he’s not lonely.”

The second student was 9 years old. This time, I had learned my lesson and asked for $36/hr to teach both kids. She negotiated a bit. We ended up agreeing on $33/hr, and they sent me tuition for the entire first month straight away. That added to something like $396 per month, which became $378 after PayPal deducted its fees. This was turning out to be quite a sweet gig.

Preparing for my classes didn’t take very long, given that my students were only in first and third grade, and so it was a fairly breezy side gig to manage. What I didn’t expect was how much the little human touches from our lessons would make my day.

Every Monday and Wednesday evening (Tuesday and Thursday morning in Beijing), two sleepy children would plop down in front of their iPads. One is always 15 minutes early.

As if on cue, his Grandma will hobble into view with a pastry and stuff it into the boy’s hand, while he shakes his head and emphasizes to her in Chinese, “Grandma, I’m in class!”

“We still have 15 minutes until class is supposed to start. Why don’t you eat breakfast?” I’ll urge through the webcam.

“Ok,” he’ll say, and he starts munching the pastry, still seated in front of the iPad, watching me through the camera. An then I’ll feel awkward staring, so I tell him I’m going to turn my camera off until class starts. He does the same, but only after I do it first.

The second student always arrives at 9 am (my 6 pm) on the dot.

“Did you eat breakfast?” I ask him too.

These little interactions always put a smile on my face, more than when they got all the answers right on their grammar exercises, or when they finally learned the difference between skimming a text and scanning it.

I never thought I could grow fond of students who I’ve never met in real life, and who I’ll probably never meet in person. Often, I ponder whether these interactions can even considered real if they happen over a webcam and could be shattered at any instant by crappy wi-fi.

In time, I got to know their parents too. They offered to send me masks when the CDC started recommended wearing them in public, having heard about the U.S. shortage of PPE. I learned the 7-year-old’s father was a professor, and the mother an engineer. He spoke English with a faint Australian accent because his regular English teacher is from Australia, but that she had returned home following the start of the pandemic. They didn’t know when she could be back.

I also had my share of very human frustration.

Almost every lesson, the 9-year-old will test my attention by turning off his webcam and waiting to see if I notice or mind I know he is playing cell phone games behind that black screen. “Turn your camera on please and sit in front of it,” I demand.

“Ok,” he’ll say, and his smiling face will reappear. Fifteen minutes later, while the 7-year-old is answering a question, he’ll try again.

“Turn your camera on please,” I say, and we’d start the cycle over.

Nonetheless, in a time otherwise characterized by stasis and isolation, my two young students bring me life with their different quirks and their surprising tidbits of wisdom (like when the 7-year-old didn’t understand how female leopard seals could be larger than the males and the nine-year-old excitedly chipped in that female praying mantises eat their mates’ heads).

Starting my first tutoring gig in quarantine saved me from the apathy I was developing working from home, trapped behind a screen organizing data without human interaction, day in and day out. Trying something new when I felt mentally stuck challenged me to remember the importance of taking leaps of faith. You never know how an experience bought by chance might affect you.

Check out the same story over at Medium: https://medium.com/@jessicamaylin/my-first-tutoring-gig-in-the-age-of-zoom-5481c5c97327